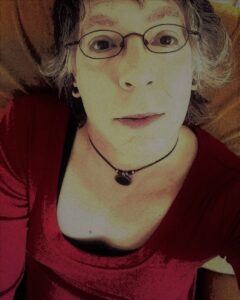 Richard Richardson woke early the morning of December 22, 1967, knowing that something was going to happen. Exactly what he did not know, but the feeling was strong and the feeling was never wrong. His morning meditation revealed more to him. His samādhi was unusually deep and effortless. Fifteen minutes in he felt a melting away of mind and body into a vast expanse of primordial space outside of time. His heart rate and breathing dropped close to nil. To an ordinary outside observer, he would appear as if dead or in a coma; such is the limited knowledge of worldings.

From out of this basic space of pure awareness, Richardson witnessed the emergence of a flood of images; at first he saw only indistinct colors, forms and heard strange sounds blending and fusing together. Then the visual forms began to take on recognizable shapes turning into the images of innumerable worlds from countless star systems. He saw thousands of billions of intelligent life forms on these planets being born, suffering, dying only to be reborn again and again for inconceivable eons. In each world, he saw the Awakened Ones appear and heard them teach the Truth, gather bodhisattva followers and at the end of their lifespan pass away into final Nirvana. At first he could see this indescribably vast array of spacetime as a single unity; all of its parts distinct, yet joined together in an interconnected web. But as more and more information flooded into his neural network at near light-speed his one hundred billion nerve cells, despite their trillions of connections, threatened to overload. Milliseconds before the vision literally blew Richardson’s mind, it suddenly disappeared to be replaced by the Clear Light.

Back in 2014 I was living in an old country villa on three acres of land in Kimbolton, a little village up in the hills of midcentral North Island, New Zealand. It was July, midwinter down South, and the weather was cold and wet as typical for that time of year. At that time, Eric, a good friend of mine, had become quiet the magic mushroom hunter. Each Autumn he would show up one day at my front door with a bag of fresh mushies to see if I wanted to engage in some shamanic activities. Despite my Mrs’s disapproval, I was usually game. This is how the high strangeness began…